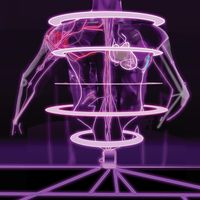 Founded by power-couple Helena and Dom, the tech company R.U.R. dominates the A.I. software market and powers the now-ubiquitous androids that serve their human owners.

As Dom continues to consolidate R.U.R.’s power in the marketplace, Helena’s research leads to an A.I. breakthrough that will pit their visions for the future squarely against each other. They’ve reached a turning point for humanity — but is humanity ready?

Inspired by Karel Čapek’s 1920’s science-fiction play Rossum’s Universal Robots (which introduced the word “robot” to the English language), composer Nicole Lizée’s and writer Nicolas Billon’s R.U.R. A Torrent of Light grapples with one of our generation’s most fascinating questions.

The spectacular production features a who’s who of brilliant designers in a dynamic and immersive collision of opera, physical theatre, and spectacle that provokes the question, are we ready to create an intelligence far beyond our own?